Tibetan mastiffs are large, strong dogs with an independent character and innate need for guardianship. They are defenders and faithful friends. 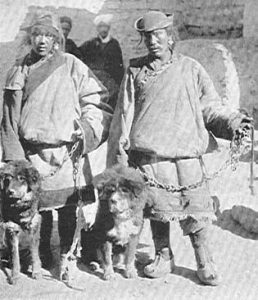 Until recently, the breed was quite rare even in its own homeland of Tibet, where together with its native inhabitants, that they have guarded for millennia, have experienced the victims of the Chinese Communist system … Mao’s army exterminated the followers of Buddhism and destroyed the Tibetan monasteries, killing the Tibetan mastiffs who guarded them.